Your donation keeps this valuable community resource available at no cost for those who need it. Thanks.

Tune in, Turn on!

VERDANT SQUARE RADIO IS ON THE AIR! Peace-prog-leftist news, talk & culture in the public interest.

Why Trumpism must be pulled out by the roots

Join the Verdant Square Network - Make a difference in your area

Trump doesn't care if you die from COVID-19 - stand up

Home »2020 election»Unions prepare to fight Trump if he won’t concede
By Daniel Boguslaw, The American Independent

Thousands of American workers are preparing to strike if Donald Trump refuses to peacefully leave office.

Members of the country’s largest labor union are preparing to strike if Donald Trump refuses to concede defeat after the presidential election.

On Monday, the AFL-CIO’s Western Massachusetts chapter passed a resolution to defend democracy from “Trump’s neo-fascist tactics, including his repeated refusal to denounce white supremacy, the drastic inequality of wealth and power, and other crises facing our country and the world.”

The resolution went on to name the numerous attacks Trump has launched against working people across the country, ending with a call to use “the most powerful tool of the Labor Movement in our history” — a general strike — if Trump refuses to concede defeat.”

The AFL-CIO is the largest federation of organized labor in the country, with 56 affiliate unions representing some 12.5 million workers.

The Massachusetts affiliate’s call for a rapid mobilization of its members follows a similar statement from the Rochester AFL-CIO Labor Council, which has also floated the idea of a general strike for its 70,000 members as part of its commitment “to the defense of democratic rights and the institutions of democracy regardless of party affiliations in our nation.”

On Wednesday, the MLK Labor Council — which represents 100,000 Seattle-area workers — called for a general strike, should Trump attempt a post-election coup.

“MLK Labor, in collaboration with other labor and progressive forces, will take whatever nonviolent actions are necessary up to and including a general strike to protect our democracy, the Constitution, the law and our nation’s democratic traditions,” the group wrote in a resolution.

As local unions around the country have started to voice their intentions to mobilize against Trump in the event that he refuses to cede power, national labor leaders are coordinating their own response.

Last week, AFL-CIO President Richard Trumka called for an “emergency meeting” of labor leaders to plan how to counter attempts by the Trump administration to undermine a free and fair voting process.

“We are putting labor councils on notice: The election is not over on Nov. 3,” Tefere Gebre, the AFL-CIO’s executive vice president, told NBC News.

Also on Tuesday, the Emergency Workplace Organizing Committee hosted a webinar titled “What Can Workers Do to Stop Trump from Stealing the Election?”

At the virtual event, Association of Flight Attendants-CWA President Sara Nelson said any post-election strike plans would need to “strategically place pressure in places that are going to have a major impact.”

“We actually don’t have to have a general strike across the entire country,” Nelson said. “We can have a major impact if we know that we can shut down one specific place, and it doesn’t even have to be for a very long period of time. If we take control of the schedule of the country, we can have a tremendous effect.”

As Election Day nears, labor leaders see an opportunity to vote out a president who has long waged war on American workers. In 2019, Trump appointed Eugene Scalia — son of the late Supreme Court Justice Anthony Scalia — to the Department of Labor. Since then, Scalia has worked tirelessly to kneecap organized labor.

Trump has also appointed numerous anti-worker partisans to the National Labor Relations Board, the federal body that oversees labor disputes. During Trump’s time in office, the board has consistently ruled in favor of large corporations over their employees.

Trump has repeatedly refused to commit to a peaceful transition of power in the event that he loses to former Vice President Joe Biden in November.

“We’re going to have to see what happens,” Trump told reporters in September. “You know, I’ve been complaining about the ballots and the ballots are a disaster.”

Vice President Mike Pence has also refused to say whether he would concede defeat to Biden and his running mate, Sen. Kamala Harris (D-CA). At the Oct. 7 vice presidential debate, Pence falsely claimed that mail-in voting would create “a massive opportunity for voter fraud.”

If elected, Biden has pledged to sign the Protecting the Right to Organize Act, which would increase worker protections and hold corporations accountable for union-busting and worker intimidation tactics.

Biden has also pledged to ensure federal dollars do not flow to employers engaged in union-busting activities; to reinstate and expand protections for federal employees; to expand rights to farmworkers and domestic workers; and to extend the right to organize and bargain collectively to independent contractors.

Last week, Biden told United Auto Workers members in Ohio that his father taught him the importance of labor power.

“My dad said, ‘Joe, a job is about more than a paycheck. It’s about your dignity, your respect. That’s what a job’s about,'” Biden told the workers. “A decent-paying job like the UAW provides.”

Daniel Boguslaw of The American Independent is an investigative reporter covering US politics. He previously has worked for the New Republic and The American Prospect. Follow him on Twitter at @drboguslaw.

Published with permission of The American Independent Foundation.

This site uses Akismet to reduce spam. Learn how your comment data is processed.

CHECK YOUR REGISTRATION. HAVE A PLAN. LET’S DO THIS. 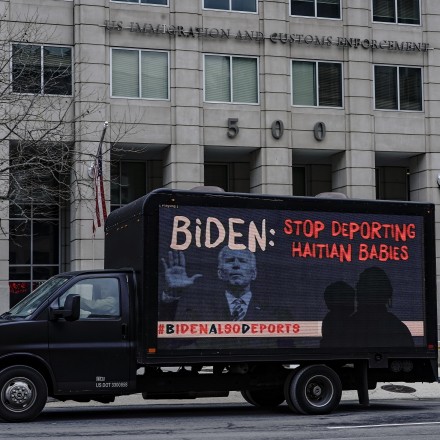 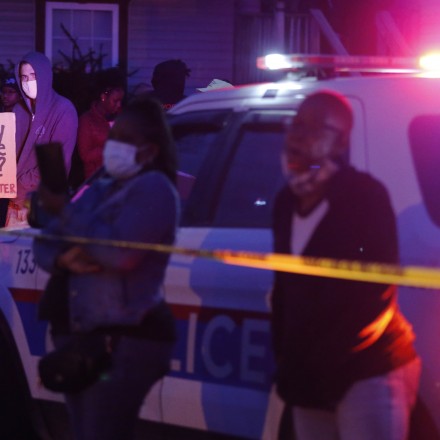 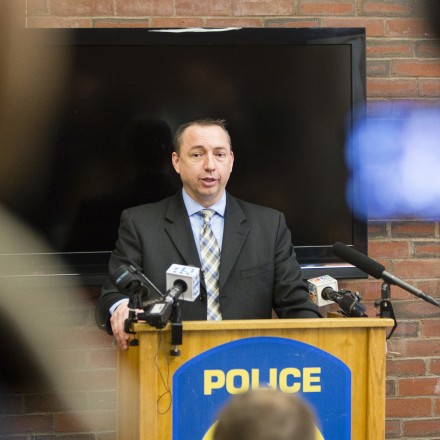 Derek Chauvin Found Guilty of Murdering George Floyd
20 April 2021
Electrify everything: why we need to go big on going electric
21 April 2021
Why the federal government is buying into the promise of 24/7 clean power
21 April 2021
Report: California’s water systems are in deep trouble
21 April 2021
This new bill wants to bring the Green New Deal to a city near you
20 April 2021
Biden’s Earth Day climate summit: Here’s what’s at stake
20 April 2021
Hunter Biden Is the Unwitting Poster Boy for Our Sham Meritocracy - "Beautiful Things," a new memoir by the president's son, offers a revealing glimpse into the lives of America's ruling class.
21 April 2021
Just 3 Democrats Stand in the Way of the PRO Act Coming to the Senate Floor for a Vote - Facing pressure, Sens. Joe Manchin and Angus King have signed on to the landmark labor bill, leaving just three Democratic holdouts: Kyrsten Sinema, Mark Kelly and Mark Warner.
21 April 2021
Rashida Tlaib on Defunding the Police: “Property Should Not Have More Value than Human Life” - The democratic socialist congresswoman explains why the U.S. needs to tackle systemic racism by investing in social programs, arguing that "police can't be the answer to all these ills in our country.”
20 April 2021
AOC and Ed Markey Want a Civilian Climate Corps. Here's What It Could Look Like. - Rep. Alexandria Ocasio-Cortez and Sen. Ed Markey just introduced a new plan to employ millions of Americans in good-paying jobs that respond to climate change. Who's in?
20 April 2021
The Neoliberal Fantasy at the Heart of 'Nomadland' - Chloé Zhao's Oscar-nominated film erases capitalism as the cause of economic pain, instead telling a story of individual suffering.
20 April 2021
Eyes on the Rise
21 April 2021
Unequal Justice: A Victory for Racial Justice
21 April 2021
Plastic: What We Eat and Breathe
21 April 2021
The Armies of the Right
21 April 2021
Greta Thunberg’s Quest to ‘Listen to the Science’
21 April 2021